Research topic in Frontiers in Microbiology 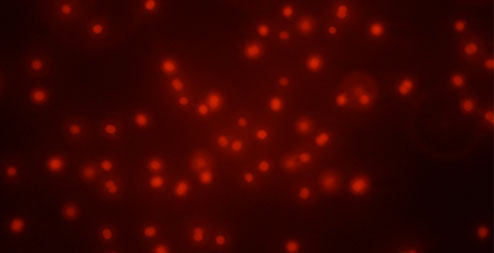 About this Research Topic:

Cyanobacterial blooms represent a major ecological and human health problem worldwide. The conditions that promote their massive proliferation have been extensively studied. However, little work has been focused in cyanobacterial mortality and the concomitant release of cyanotoxins into the surroundings. Studying cyanobacterial cell death is critical for understanding harmful blooms and their responses to environmental abiotic and biotic adversities. Several types of Regulated Cell Death (RCD) have been well described in eukaryotic organisms. Within prokaryotes, a growing body of evidence clearly shows that Cyanobacteria also undergo different regulated cell-death pathways involving the collective and coordinated participation of ions such as calcium, iron, and ROS species, as well as antioxidants, redox enzymes, metabolites, and several proteins like metacaspases. RCD could be ecologically relevant for Cyanobacteria as it may control the massive lysis of their populations in nature.

In the recent years the induction of autocatalytic cell death stands as another mechanism to explain cyanobacterial bloom demise. Evidence has accumulated on regulated cell death mechanisms triggered in Cyanobacteria under both abiotic (nutrient, light, temperature) and biotic (virus, bacterial and fungal infection) environmental stresses, and indistinctly termed as Programmed Cell Death (PCD), apoptosis-like or necrotic-like death. The decline of cyanobacterial blooms in freshwater bodies remains largely unexplored albeit its importance in understanding species dominance and succession, and the exchange of nutrients in the microbial loop. Understanding how Cyanobacteria die at the molecular level opens up a broad field of future research, which could be of great relevance in the management of toxic blooms and their ecological consequences.

1) The evolution, mechanism, genetic machinery and biochemical activities associated with cyanobacterial regulated cell death pathways.
2) The impact and role of cyanobacterial death on phytoplankton dynamics and the microbial loop.
3) Methods, experimental systems and approaches to study cell death in laboratory and field.